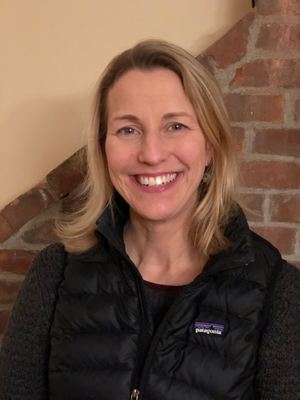 Dr. Art and her husband Jamie moved to Williamstown, where he grew up, to raise their family after her pediatric training in California. She practiced pediatrics with Williamstown Medical beginning in 2002 and then joined the partnership of Northern Berkshire Pediatrics in 2011.

Dr. Art lives with her husband and two teenage daughters, as well as their two Portuguese water dogs, Wally & Ivy, and their bunny Cinnamon. They are also fortunate to have a lot of extended family in the area. As a family, they enjoy traveling, playing games, and watching old Parks and Rec episodes. Personally, Dr. Art loves to read, runs fairly regularly, and is incredibly grateful for her husband's excellent cooking.